The Five Tibetan Rites are practised all around the world and are said to prevent ageing.

The five Tibetan rites normalize hormonal imbalances in the body.

Why do the Tibetan five rites support anti-aging?

“The 5 Tibetan rites is a system of exercises reported to be more than 2,500 years old which were first publicised by Peter Kelder in a 1939 publication titled The Eye of Revelation. The Rites are said to be a form of Tibetan yoga similar to the yoga series that originated in India.”

The 5 Tibetan rites are taking just minutes a day to perform.

Recent medical research has uncovered convincing evidence that the ageing process is hormone-regulated.

The five ancient Tibetan rites normalizes the hormonal imbalances in the body, thereby holding the key to lasting youth, health, and vitality. The rites stimulate the energy system in the body, wake up the chakras, and get energy moving from your core outward to your extremities. The theory behind the rites is that your Kundalini (spiritual energy) is stored and lies at the base of your spine and that these rites access that energy in a very efficient, fast, and user-friendly way.

You should start practicing it daily, and you’ll see and experience, that The Tibetan five rites  have endless anti-aging and stress-reducing benefits and positive medical effects such as improved eyesight, memory, potency, hair growth, increased energy, stress reduction, and an enhanced sense of calm, clarity of thought, increased strength and flexibility, resulting in an overall improvement in health and well-being.

GH Balance is a male growth hormone in a pill.

Here are The 5 Tibetan rites and how they work on the body (remember to breathe deeply using the diaphragm during the movements).

The first rite is spinning. This affects the emotional body by speeding up the vortexes. Kids naturally spin while playing. As one spins clockwise, Lamas say that negative residues are flung out of the body and the bridge is strengthened between the left and right hemispheres. Spinning stimulates the body’s energy system and wakes up the chakras.

Extend your arms out to the sides and spin

Spinning:
Extend your arms out to the sides and spin (in a clockwise direction). Go as fast as you can without losing control (slow down or stop if you get dizzy).

Follow your right arm so that you spin around to your right. As you begin to spin, focus your vision on a single point straight ahead and continue holding your vision on that point as long as possible. Eventually you have to let it leave your field of vision as your head spins with the body. As this occurs, turn your head around quickly and refocus on your reference point as soon as possible. Using a reference point helps prevent dizziness. Stop spinning as soon as you feel slightly dizzy. Lie on the floor and breathe deeply before you begin the next rite. Raise your hands above your head to stretch the back.

Do it 21 times to stimulate the vortexes into action.

Rite two is similar to Western abdominal exercises. By raising the head to the chest, you create an extra stimulus to the solar plexus chakra and the “conception vessel” moving through the center of the trunk.

Use a rug or a mat and you lie on the floor.

Raise your head and lift your legs, knees straight, into a vertical position.

Leg Raises:
First lie flat on the floor, face up. Fully extended your arms along your sides, and place your palms against the floor, keeping the fingers together. Raise your head off the floor, tucking the chin against the chest. Lift your legs straight, into a vertical position.  Then slowly lower both the head and the legs, knees straight, to the floor. Allow all the muscles to relax, continue breathing in the same rhythm. Breathe in deeply as you lift your legs and breathe out as you lower your legs.

Upon sitting up, stretch your legs out in front of you. Starting at the thigh area, stroke down the outside of your legs with your hands until you reach your feet. Grab your feet on the outside, pulling your head as close to your straight knees as possible.

Contraction interferes with the functioning of the solar plexus ganglion that relays messages to the brain relevant to our sense of safety and stimulates the “fight or flight” reflex. This rite provides an extension and a powerful lifting of the entire trunk, which is the opposite of a defensive, contractive stance. By performing this motion, you are reversing the energy flow and raising the energy to the heart area.

When you are finished with this series of motions, extend your arms at shoulder level straight out in front of you and lean back without arching your back.  Repeat, up to 21 times.

This rite causes a pleasant stimulation throughout the sacral area which stirs the meridians and the energies going to and from the groin and down the legs. This rite strengthens and tones the legs and glutes.

The fourth ritual strengthens the digestive system, the reproductive organs and glands and uterus, blood and lymphatic circulation.

Tuck the chin forward, tilt the head backward and bend your knees and push up to a “tabletop” position, arms straight

Sit on floor with your legs extended, body erect, feet flexed and about 12 inches apart, palms flat on floor next to your hips, fingers pointed toward your feet. Tuck the chin forward against the chest. Tilt the head backward as far as it will go. At the same time, bend your knees and push up to a “tabletop” position, arms straight. Let your head fall back gently. The trunk of the body will be in a straight line with the upper legs, horizontal to the floor. Then, tense every muscle in the body. Finally, relax your muscles as you return to the original sitting position. Rest before repeating the procedure.

Breathe in as you raise up, hold your breath as you tense the muscles, breathe out completely as you come down. Continue breathing in the same rhythm as long as you rest between repetitions. Repeat, up to 21 times.

Rite five brings an immediate change in the energy currents of the body. It makes one feel strong and invigorated and brings a happy glow to the face. This is the most powerful rite in terms of speeding up the chakric vortexes.

It promotes blood  and lymphatic circulation, it has a positive effect on the immune system, promotes deeper breathing, increases energy, stamina, speed up the chakras operation.

Tilt the head backward, bend your knees and push up to a “tabletop” position

Up Dog & Down Dog:
Begin on all fours, toes flexed, palms on floor, weight distributed evenly among your knees, your palms, and the balls of your feet.  Start with your arms perpendicular to the floor, and the spine arched downward, so that the body is in a sagging position. Slowly lift your buttocks toward the sky, with a flat back, lowering your head, so your body makes an inverted “V.” Tuck your chin to your chest. Pause, then lower your buttocks while pressing your palms into the floor, until your legs are in a plank position (parallel to the ground), moving your chest out and shoulders back. Inhale on your way up; exhale on your way down.

Repeat, up to 21 times. In this rite, your body is moving in concert, moving energy up the spine.

Follow the deep breathing pattern used in the previous rites. Breathe in deeply as you raise the body, breathe out fully as you lower it. 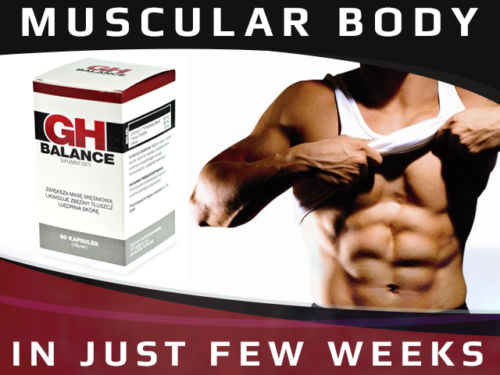 GH Balance supports a building material responsible for building the majority of body tissues. The product  boosts metabolism, therefore burns fat effectively.
Formulated on the nature natural ingredients only, GH Balance balances the somatotropin concentration in the body so we can enjoy the youthful look. It’s even 20 years that can be taken off! Moreover, this product has the beneficial effect on physical performance and good mood, too.

Tibetans say that this special sixth rite will make you into a super-being.

Deep Breathing:
Stand comfortably and exhale as you bend from the waist, placing your hands on your knees. Expel the last bit of air from your lungs and without taking in new breath, return to an erect position. Place your hands on your hips, with fingers to the front and press as hard as you can while sucking in the abdomen. This will raise your shoulders and chest. While holding in the abdomen, also squeeze the pubococcygeal muscle up to emphasize the upward thrust. Hold this position and bring your closed eyeballs to the point between the eyebrows so that all this lower chakric energy will rise up to the highest centers. When you must take a breath, breathe in through your nose and then exhale through the mouth as you drop your arms down to your sides to relax. Take in several normal breaths through the nose and mouth before beginning again.

The 5 tibetan rites and GH Balance which is a male growth hormone in a pill will make you always young!